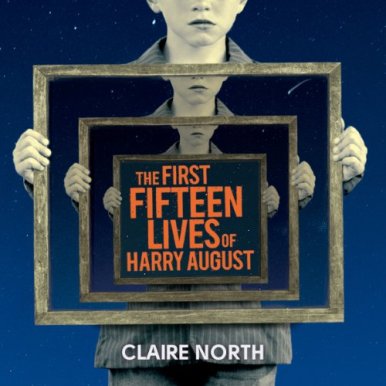 With the ending of one book, I am starting another. I have already explained my fixation with time travel, so maybe it is understandable why I would choose this as my next book. It was also nominated for a series of literary awards (e.g. Arthur C. Clarke Award).

Another reason that contributes to my decision to read this is that I became aware a couple years ago that I have a tendency to read more male authors than female (not including rereads of harry potter 😉 ). I would go on spending the next year only reading female authors to try counteract that bias. I ended up reading some of my all time favorite books (Kindred [another time travel story] and I know why the caged bird sings). I no longer restrict myself to that same rule. Although, I am acutely aware of this bias and try to overcome it. Let me be clear, this isn’t me saying equality demands I read both sexes equally. I do it because I might otherwise overlook an entire suite of potentially amazing books hitherto unknown to me.

I am about ~13% in, and I am enjoying it. It’s similar to ground hogs day. Another book I really enjoyed was Replay. It wasn’t an exception book, but it was a thrill to read. It told the story of a man who died, and woke up in his body ~25 years earlier. He gets to relive his life than he does it again. Another book this reminds me of is, Life after Death. I enjoyed that, but not as much. It was much more a story of a girl who lived through the world war (or one of them) who would die and start over, beginning to have vague recollections of her past life. I’m not a big fan of war stories, and I also love a book that leans in to the time travel. I think this book does that.
I came in expecting it to be a story of one life after the other. It’s not quite as direct in its storytelling which is interesting.

I am about 50% of the way through the book. I still feel the same way. It is a great book. It has a lot of similarities to other stories without being too derivative. Furthermore, it’s established clear rules and a clear end game. The overall structure has proven to be less linear than I expected, which is a pleasant surprise. I haven’t listened to it in a couple weeks. I just need to get back into it. So far, I would definitely recommend.

I’m 70% through the book, and writing that number makes it feel further along than I originally thought. The book is still amazing. The story has become very compelling, and it is a struggle to do work this Monday morning when I’d rather be listening to the book! I am very pleased with this book, not simply because I love time travel, but because it is wonderfully told and well thought out. When dealing with time travel, it require a clear understanding of the rules. Often, the story revolves around working toward the slow revelation of these rules. That is what makes this book so exciting. It is hard not to become immersed into the story. The story begins with an untraditional approach of telling the life story of the main character without divulging key plot points. That is to say, the story is not linear. However, it becomes more linear as we pivot from the origin of Harry August to the prevailing threat to him and his kind. The transition from one to the other is seamless, and it makes for a great story.

I’m 91% through the book. ~1hr to go, or 45 minutes with the 30% speed up I use. I’m sad to know it’s ending, but I’m eager to keep reading. It is so nice to be so easily engulfed by a good story following the atrocity that was “The Dry.” As I approach the end, I am nervous as to what might happen to the main character. I think I know, but the title suggest a certain finality which could prove catastrophic to his endeavors. Without spoiling it, the character is facing a certain force blind with ambition, unwilling to acknowledge the harm they are causing. If he fails, it could prove to be the end of the world. I love how the author is able to incorporate serious consequences, in some cases irreversible, even though we are dealing with a protagonist who seemingly starts his life brand new every time he dies. In some time travel stories, you can just undo everything and all is well. At which point, the story becomes void of any real consequences. This author sets clear rules for the story, and it makes for great suspense.

It is the end of the day, and I have finished the book. It was amazing. It is so sad to reach the end but also gratifying. This was a great book; it is by far the best one I have read this year. I highly recommend it (if that isn’t already obvious). The ending did not disappointed. The problem was pretty binary (the protagonist either win or you lose), so there wasn’t a lot of directions the author could go. Nevertheless, I felt like it was entirely possible that it could be either one. I won’t say what happens, even vaguely, on the off chance that someone is actually reading this post this in depth. I wouldn’t want to spoil it. I give it an easy 5/5 stars.