This isn’t a book. It’s a series of Novellas, but after reading the premise (and praise,  winner of Hugo, Nebula, Lucas, and Philip K. Dick Awards) I had to give it a try. I’ll read at least the first two, but there are 4 total. Apparently a full-length novel is debuting next year, but the 4th novella concludes this series. I will read these for now and count them as one novel. I have already started this, I’m ~1/2 through the first book, but I did not know much going in. All I knew was that it is about a robot, apparently labeled “Murderbot.” You can imagine what I might have expected going in.

The four novellas clock in at just over 14hrs of audiobook, to give you an idea of the length. It works as novel in four parts, but also as stand alone books (but probably best to read them in order). 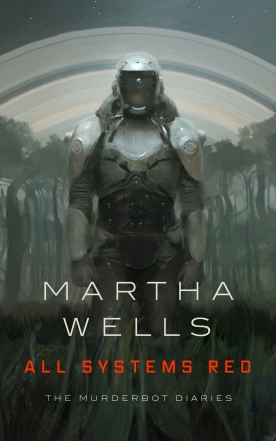 Like I said, I am about half way though. I feel pretty confident this is going to get a 5/5, The story is fun, cute, and compelling. It is very much about the robot. We are reading from its perspective. We understand it like no one else around it. Without spoiling it, it isn’t what I was expecting (at least not yet), but I honestly don’t know where it is going. What I do know is that I am eager to find out, and that is good story telling!

This story went an entirely different direction than I expected, and I loved it. It is about a robot assigned to a team of surveyors on a mostly abandoned planet to study it. However, we learn from the start is that the robot has hacked its governor module (AKA the laws that keep it obedient). What unfolds from their is a fun and exciting ride in a world very different from our own. The author does a spectacular job weaving in world building elements naturally into this story, told from the robots perspective. It is short and easy to read. Highly recommended 5/5 Stars

I have started the next novella but haven’t made it too far. The story picks up right where the last one left off. The first story is largely about setting a precedent. It informs the reader on the robots intentions and motivations. Now, we see the Murderbot off trying to survive. The story appears very different in structure from the last, which I can appreciate. The author continues with the great world building painting a picture of an advanced yet painfully similar (corporate) world that feels all too real and possible. So far, this is another amazing story.

This ended up being not completely different from the first. I can began to see how each story ties together. It is about the evolution of the Murderbot. I think we are seeing it reach a particular version of its self. The first part of this story is really interesting because it challenges a lot of expectations and tropes about how AI bots will work, what they will want, and what they will like to do. Of course, it continues the line of corrupt corporations usually being at fault which is too real not be believe even if it is a clear narrative from the author.

The story changes about half way where we see Murderbot have to integrate and act human (a modified human). It continues the interesting insight into the Murderbot’s mind and highlights the differences between them and us. Overall, this was another great story. Was it better or worse than the first? I don’t know. 5/5 stars. 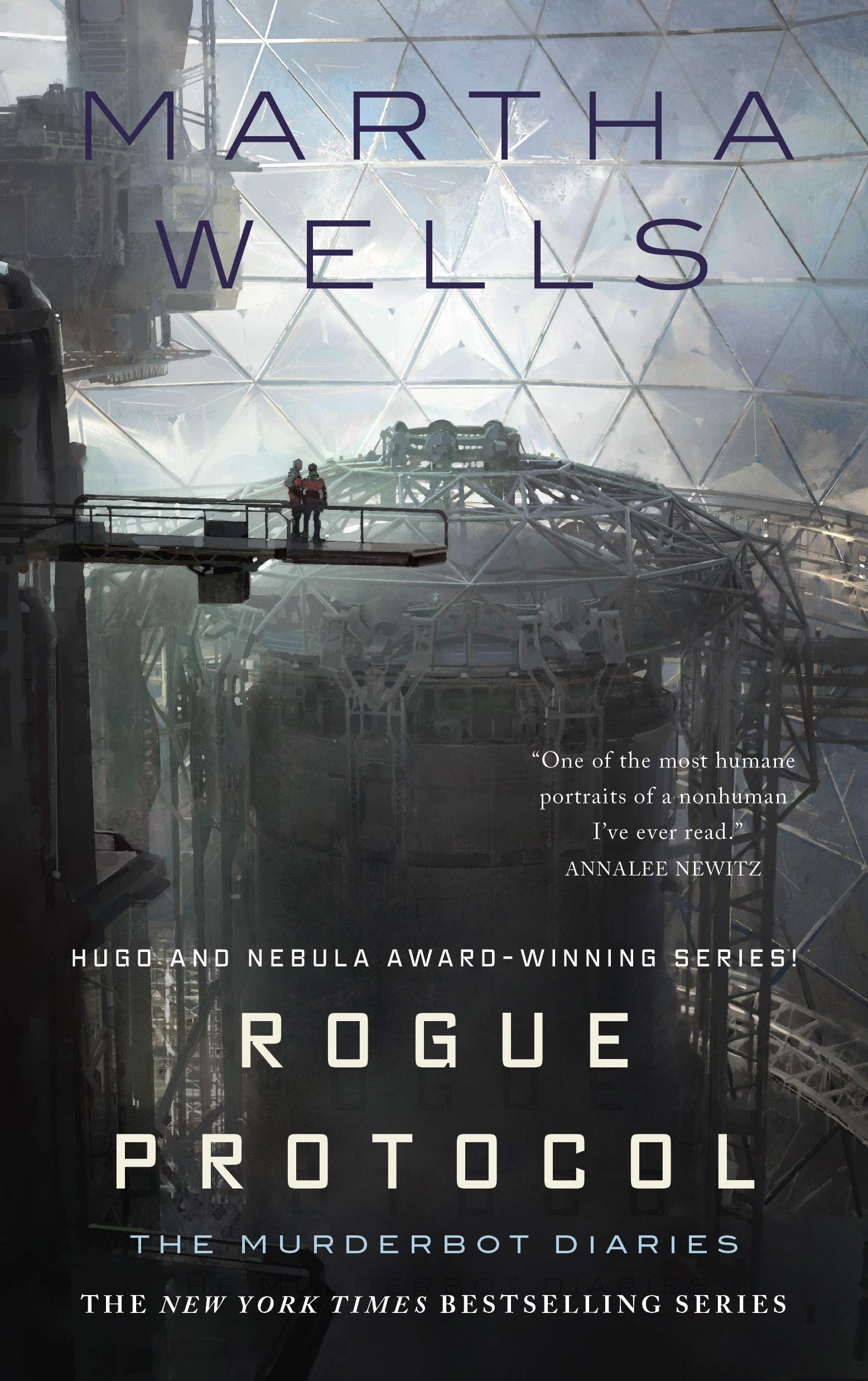 I started the next one right after finishing the last. The author continues to pivot, changing the story each time. Even though what the Murderbot is trying to do is not that different, the story is. A big reason for this is that there appears to be a variety of AI robots that each act differently, and Murderbot has to adapt to each. So far, it continues to be an interesting trek through its life.

I think what I love most about these stories is that it pushes the idea that robots are more than just their code. Just as humans are more than our biology, robots can’t be judged based solely on their hardware and code. Sure, it is what drives us, but there is outside influence. Think nature vs nurture. These robots aren’t just what “nature” makes them. Their interactions/environments influence their personalities.

Overall, I don’t think this was as good as the other two. I wouldn’t say it hurts the series, but there is only so much originality that can come from this. That said, I can still see our character growing. Nevertheless, the story felt a bit more convoluted. It may be the overarching narrative coming together, but I found it felt less focused than the first two. That said, I liked the ending. It felt like there were more stakes this go around than in the last two. For that reason, I’d bump it up half a star. 4.5/5 Stars (rounding up). 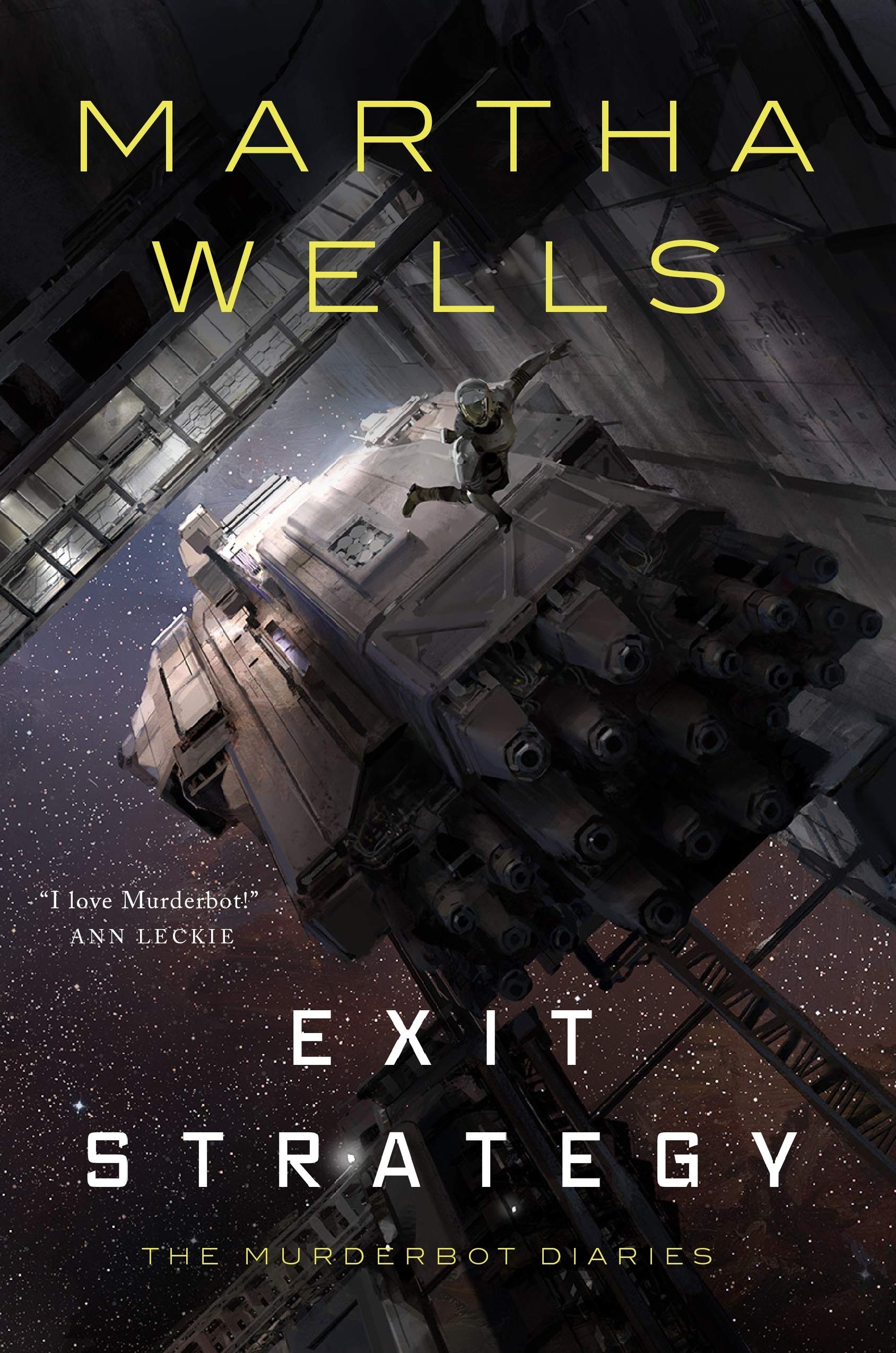 I mentioned before that I could see the overarching narrative coming together. That is clearly happening now. We finally see Murderbot deciding and accepting the type of Bot it wants to be. This one is shorter than the last two. I am maybe a third into it and have less than 2.5hrs to go. I look forward to finishing it off and moving on to a new story. I love this novella structure. Sure, its more expensive, but the stories or concise and well contained. I feel like I’m speeding through this, a book a day. I highly recommend the Murderbot Diaries. Even if you only read the first or second in the series, there is plenty to love about this series. Final thoughts probably coming tomorrow.

It is 7am. I finished this story an hour or so ago. I should be sleeping, but instead I am worried about finishing this stupid series. It is that good. As the story reaches its climax, things truly begin to build up. The biggest stakes of the series arise, and you don’t know what might happen. Even as the conflict revolves around secondary characters we haven’t seen since the first story, it is hard not to care what happens to them. We don’t care because these characters are just so well crafted. I have alluded to Murderbot’s underlying feelings and motivations, but now I am going to explicitly state it here. So mild spoilers, well, for the basic premise of the series. We care because Murderbot cares. We are so invested in it’s life, its success, its basic motivations that we want it to succeed in every way. Part of that is protecting its “clients”. I think bigger than that is the relationship it has with them, and the relationship that could develop if they have the chance.

This is a fantastic conclusion to a delightful saga. 5/5 stars.

This series challenges what it means to be an AI. It suggests a greater level of connectivity between computer AI and ourselves–where intelligence isn’t something to be feared. It is something that brings us together. All of that while creating a hell of a story and a character it is hard not to fall head-over-heels in love with. I think this might be my favorite story of the year. 5/5 stars.