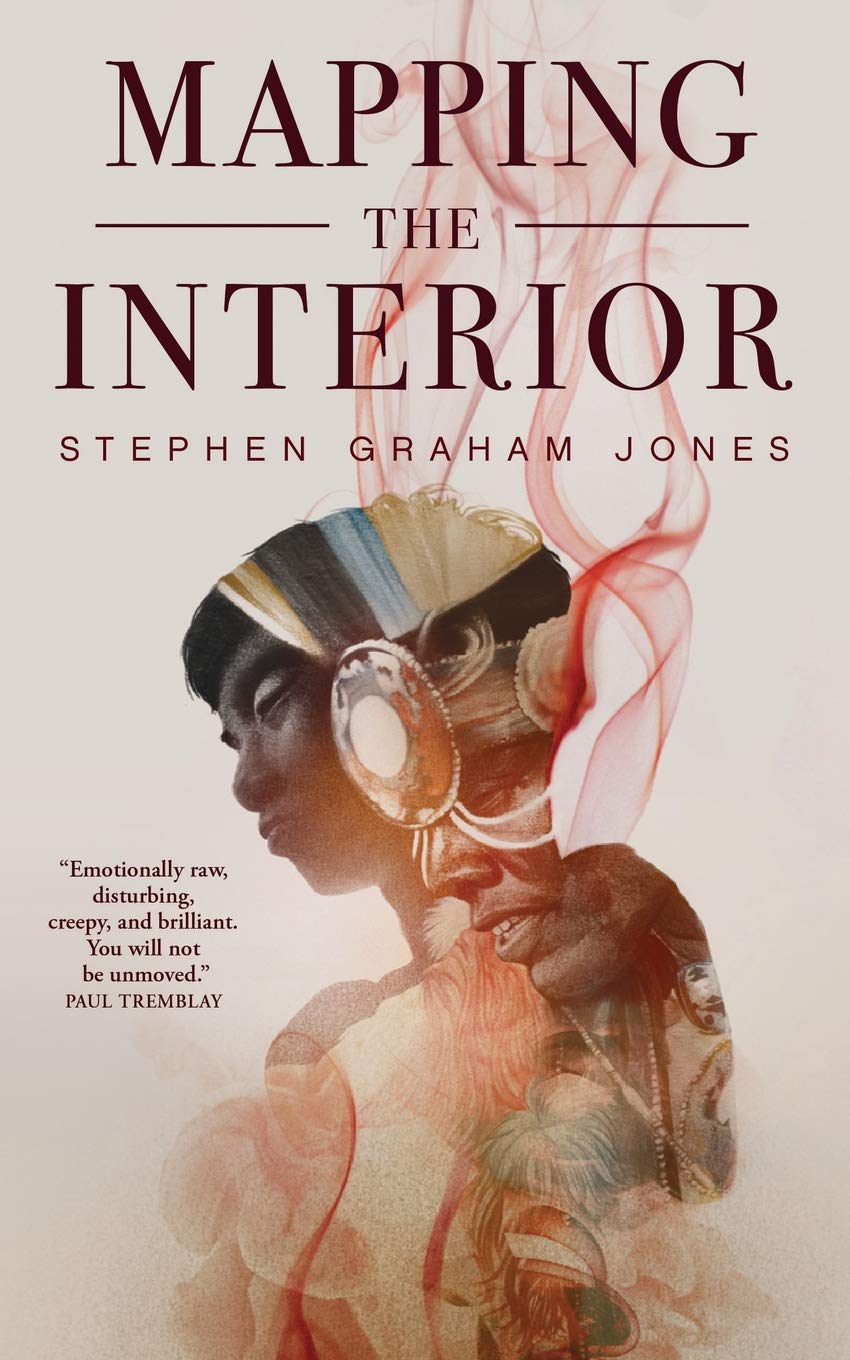 Winner of the 2017 Bram Stoker Award and the 2018 World Fantasy Award, Mapping the interior is a short novella about a young native american boy, his mother and mentally impaired younger brother who leave their reservation after their father dies. The story is told from the perspective of the young, 12 year old boy, and it works really well. It leaves the reader wondering, is this real or is everything just the imaginings of a young boy whose lived a hard life. You see, the boy is sure his father has returned from the dead. He convinces himself his dad is back because he and his brother need him. The story continues essentially with him trying to get a better connection with his father. Stranger things continue to happen, and you never quite know if it is what the boy thinks it is or something more natural.

As far as horror goes, this story doesn’t have a lot of dread so much as it does matter-of-factness. Granted, the narrator (of the audiobook), who I grew to enjoy, may have contributed to it, but it felt like I was listening to a story that the narrator thought was retelling of a completely mundane and normal experience rather than strange or unique. Part of that definitely comes from the 12 year old perspective that narrated the story. My point is that it isn’t your average horror story, but I think it works. The things that my or may not be happening are still dark and disturbing. I thought the author did a great job surprising us and going in directions I wasn’t expecting.

(Frank returning in the original Hellraiser)

All in all, it was a great story. The cover quotes one author saying it is part S. E. Hinton and part Shirley Jackson. I’ve never read Hinton, but she is known for her YA series called the Outsiders. I can definitely see the Shirley Jackson side. If you loved the recent the Haunting of Hill House TV show, the original 1963 film (ignore the 1999 film), or the amazing book it is all based on, then you’ll probably like this. It shares the same feel of not knowing what’s real and what’s not. All in all, the story taunts you with just enough to keep you reading and intrigued. 4.5/5 stars rounding up.

Like I said at the start, this was a very short novella just over 2 hrs or ~100pgs. I was going to take on this discussion to another post discussing another novel of his, but it looks like this one produced more thoughts than I expected, so it gets a post of its own!

4 Replies to “Mapping the Interior by Stephen Graham Jones ★★★★★”